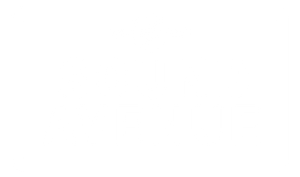 Founded in 2011 by Belgian DJ and producer Madloch, Sound Avenue is an electronic music label that stands for quality and originality.

Borderless in vision, the Belgian imprint has forged a path to multiple musical dimensions. Blurring the boundaries between house and techno, it’s a platform for anyone with an open mind and ears. Having built early momentum on a global scale, the label hosted events across Europe, North America, Argentina, and their home country of Belgium. These uniquely branded club nights featured some of the label's core artists (at the time) including Agustin Basulto, Beat Syndrome, Luis Junior, Matias Vila, Nicolas Rada, and Sound Process. It set in motion what has been a unique course to musical freedom, pioneering various sonic blueprints over the course of eight years, while maintaining a strong bond between its loyal and ever-expanding fanbase.

Originally intended to be a stand alone platform, as Sound Avenue experienced unprecedented growth its musical horizons expanded, eventually paving the way for two label subsidiaries in 3rd Avenue and Crossfade Sounds. The former drew influence from Sound Avenue’s early beginnings, showcasing the best in melodic house while the latter dove into the realms of deeper, dubby house and laid back modern techno.

Sound Avenue carefully curates each release to move their vision forward, building a close-knit family of scene veterans, while nurturing new talents such as Agustin Basulto, Giddyhead, Lucefora and Nicolas Rada. It’s this cohesive blend which has made the label bold, innovative and a standout in their field. With their finger firmly on the pulse of an ever evolving marketplace, it has been Sound Avenue’s foresight which has allowed them to adapt to this shifting landscape, while continuing to build their fanbase globally. As dance culture continues to grow Sound Avenue unites people from all walks of life, like-minded souls who are bound by one distinct trait, a passion for music.